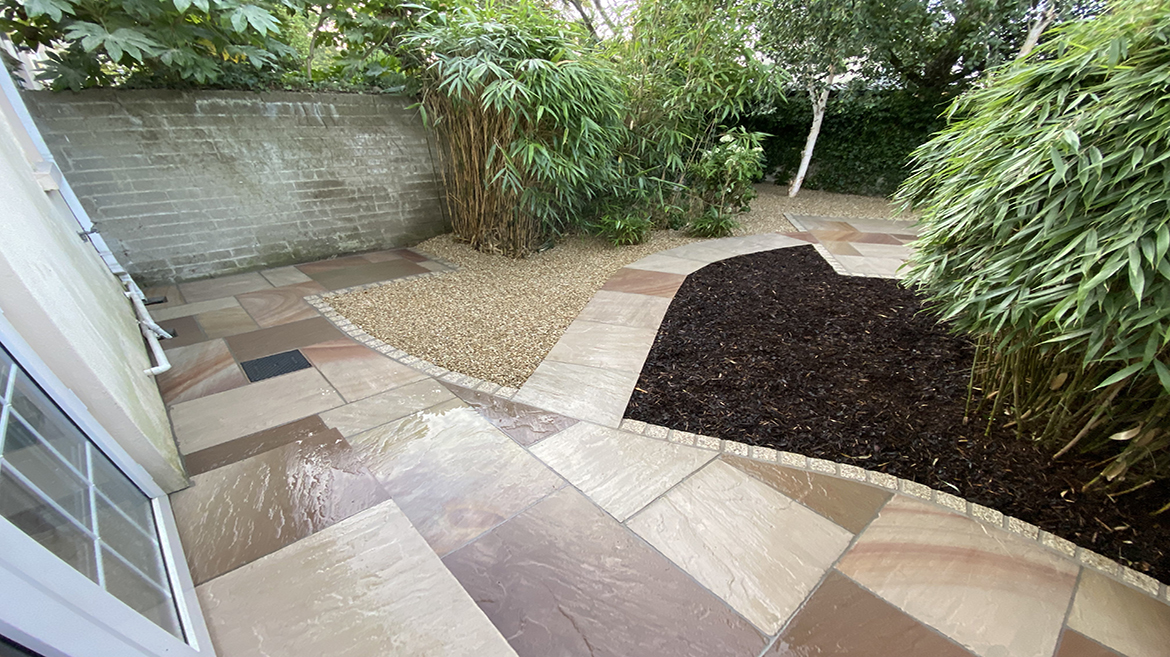 Indian sandstone paving is used to great effect as it leads the user of the space up the garden path to a secluded squared patio area – perfect for gatherings of up to 10 people.

The existing bamboo (Bambusa vulgaris) was trimmed back but kept as part of the overall scheme to enhance the atmosphere of using the private garden space.

The mature specimen silver birch (Betula utilis) was also kept in place with the maturity of the trees adding to the character of the space.

A silver granite cube set was used around the perimeter of the patio area and the Indian sandstone apron just outside the door of the back of the house.

A step was made also out of the Indian sandstone to aid the transition from the indoors to the outdoors.